Some cool University of Colorado images: 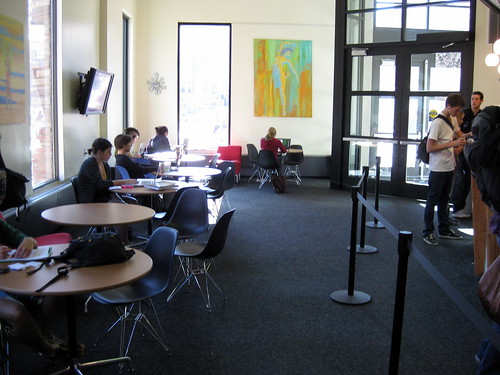 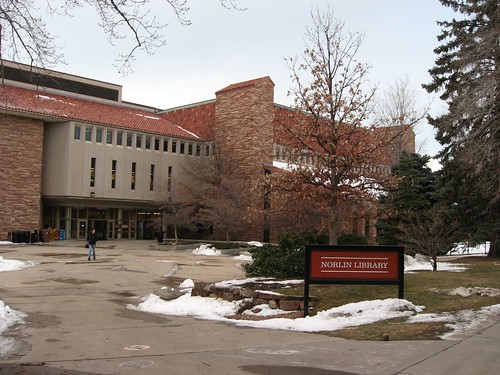 In 2010, the university consisted of nine colleges and schools and offered over 150 academic programs and enrolled 29,952 students. Eleven Nobel Laureates, nine MacArthur Fellows, and 18 astronauts have been affiliated with CU-Boulder as students, researchers, or faculty members in its history. The university received nearly US4 million in sponsored research in 2010 to fund programs like the Laboratory for Atmospheric and Space Physics, and JILA.

Colorado Buffaloes competes in nine intercollegiate sports in the NCAA Division I Pacific-12 Conference. The Buffaloes have won 26 NCAA championships: 19 in skiing, six total in men’s and women’s cross country, and one in football. Approximately 1,500 students participate in 34 intercollegiate club sports annually as well.

CU-Boulder’s distinctive architecture style, known as Tuscan Vernacular Revival, was designed by architect Charles Klauder. The oldest buildings, such as Old Main (1876) and Macky Auditorium (1923), were in the Collegiate Gothic style of many East Coast schools, and Klauder’s initial plans for the university’s new buildings (approved in 1919) were in the same style. A month or so after approval, however, Klauder updated his design by sketching in a new wrap of rough, textured sandstone walls with sloping, multi-leveled red-tiled roofs and Indiana limestone trim. This formed the basis of a unified style which was used in the design of fifteen other buildings between 1921 and 1939.

The sandstone used in the construction of nearly all the buildings on campus was selected from a quarry in Lyons, Colorado. In 2011, Travel+Leisure named the Boulder campus as one of the most beautiful college campuses in the United States. 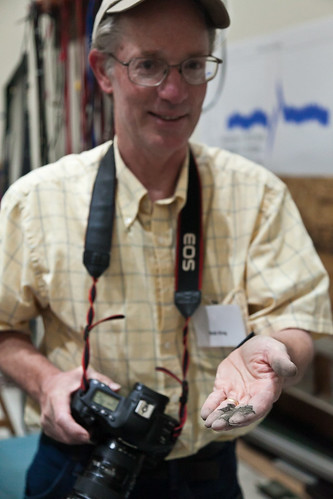 Image by Kevin Baird
Bob King (@AstroBob_bk) is from Duluth MN. So, coincidentally, is the rock that is powdered for use as simulated moon regolith.